A downloadable game for Windows

As the tagline would suggest, this wants to become a squad based tactical rpg. It is heavily inspired by fallout tactics, to the point where I used FreeFT and some help from Benjamin Rimet to get map data from the original game and create 3D gray blocked recreations. The plan is to have basic combat systems functional, then move on to active pause, command queuing and command sync (between squad mates), and finally have the first map fully playable.

You might be asking why tactics of the whole bunch. I've played all of the fallouts (save for the console version) and while I hold 2 dearest with NV a close second, tactics has been the first one I played, my first contact with the universe. Recently I've wanted to replay it but found it very hard to enjoy, due to the lack of active pause as I prefer real time in this one. So why not make one of my own? With blackjack & hookers! (oh wait...)

It is being developed (in my spare time) in Unity, using real world space, so no tiles or hexes to speak of, makes use of Unity's cool new C# Job System to check for line of sight and has (very!) basic combat coded in. The current plan is to keep it isometric-ish, maybe add camera zoom/rotation and just for kicks maybe a first person mode to be able to explore all the maps from the ground level.

In the following weeks I will be working on creating a first build for you guys to play with, along with a feature presentation video. I'm currently looking for donations to help with asset purchases as there are a lot required for this one, but hold on to your wallets until you actually get play/see something as it might not be your cup of tea.

I've attached some of the gray boxing done so far, the project in it's current state is a bit more advanced though, so...

Special thanks to the creator of FreeFT and to Benjamin Rimet. 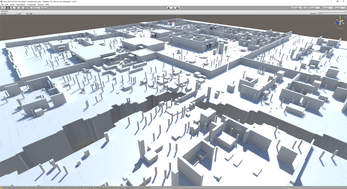 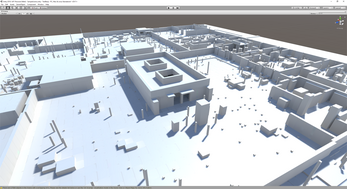 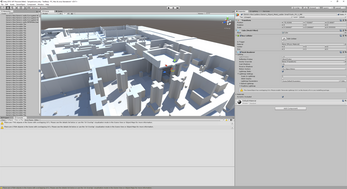 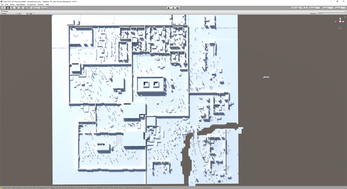